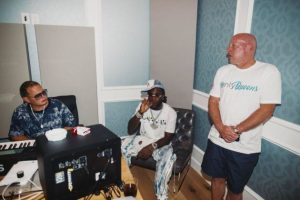 The African giant, who won the best global music album at the 2021 Grammys, Burna Boy has kept working since then and one of the new developments is being seen with a veteran American producer, Scott Storch.

Scott Storch is an eight-time Grammy winner and one of the industry’s most in-demand producers in the early 2000s.He produced Beyonce‘s ‘Baby’ featuring Sean Paul, Mario‘s ‘Let me Love You’, 50 Cent‘s ‘Candy Shop’, Lil Kim‘s ‘Lighters Up’, Fat Joe‘s ‘Make it Rain’ feat Lil Wayne, amidst other smashing hits.

Pictured in the setting is also Steve Lobel, Scott Storch’s manager and a veteran music executive. The CEO of A-2-Z Entertainment, Lobel, has also worked with artistes such as Fat Joe, Iyaz, Sean Kingston, Nipsey Hussle, Souljah Boy and others. 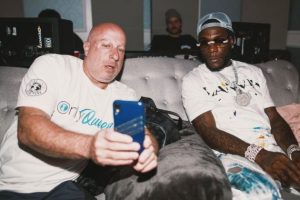 The surfaced pictures confirmed that they all met at Scott Storch‘s studio making music, Steve Lobel confirmed it via his Instagram page on Wednesday 30th of June 2021. He wrote: 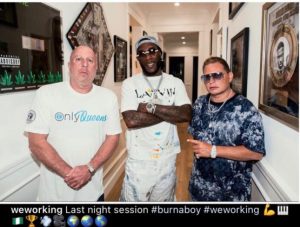 Recall that Storch some time last year also met up with DMW singer and frontliner Davido, claiming that they made music together. Announcing it via his Instagram, he wrote: 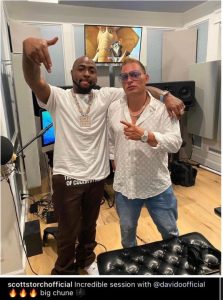 Afrobeats to the world is an actual movement and we are only hopeful the world accepts more of the motherland tunes.